Not long ago, I started a youtube channel, HackingSimplified.

The last time I had browsed through hackerone to do some bug bounty was some time back in Jan 2019. But in the past one month I had been reading a lot of reports, and these reports kindled my interest again. I started looking at the hackerone program directory and my private invites too for a program that satisfied all the conditions I mentioned in my last video : “Scope Review and Bug Hunting Using Github Dorks -Bug Bounty -Ep -02” which are : 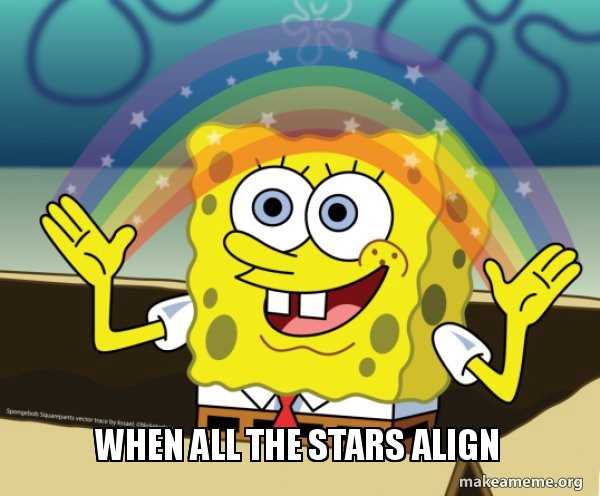 This program happened to have all the stars aligned :)

Since recently I had made a video on template injection so that was my main area of focus. I entered {{7*7}}and other payload, which was relevant to the templating engine being used on almost every input field. This didn’t work though.

Then I tried looking for IDORs and improper access control check using autorize, didn’t have much luck there either.

I started looking at JS files for other endpoints and some secrets getting leaked. Downloaded all the JS files first and then started grepping into it for secrets and url endpoints.

Tomnomnom’s gf tool came handy here.Using gf urls to get url endpoints, I found private IP getting leaked : http://172.x.x.x . I tried looking near the place this was getting leaked and found there a NPM_TOKEN value. Immediately started looking for ways to use that. I hadn’t used npm much, only knew that it was node package manager . Had used it once, earlier while developing a VueJS application.

After researching for sometime I learnt the following :

2. Different types of tokens such as —Read and publish only, Readonly, CIDR whitelisted i.e. tokens which can be used from a specified IP address range only

3. How to use npm tokens : So your npm tokens should be in the following format in .npmrc file —

And a few more…

I tried accessing the npm registry using this token in my .npmrc file like this :

But in vain. I couldn’t get reply of npm whoami, which I should’ve if the token was valid. Some articles also suggested that you could also keep the NPM_TOKEN value in encrypted form in .npmrc . So, I concluded that this must be an encrypted token. This was Wednesday — Day 1 of hacking on this target.

On the next day after office work, in the evening around 8pm I started looking into the program again. Earlier in January this year I was reading about CSWH i.e. Cross Site Websocket Hijacking ( however this might be unexploitable in sometime now, see this ) and this program was using websockets. So, I started looking into it.

Conditions for CSWH is that the websockets should be only communicating using cookies, like any other CSRF attack.

I practiced onto BURP suite labs to refresh what I had learnt 6 months back. This website also had similar conditions and only cookie was required to get the websocket communication up and running.

So I tried leaking the websocket messages but couldn’t get that. On closer inspection I found that it was also using a nonce and that nonce was given by the server to the client in a different request. So basically that acted as a CSRF token, which is usually used to thwart CSRF attacks. However I found some other bugs in their CSRF usage while looking for CSWH. Reported these on the same day. More on that in another post.

Friday — Day 3 — After spending around two hours and not finding anything I thought of looking back at the NPM_TOKEN again. I found the JS file and un-uglified it in the browser in the :

You could do it online as well : https://unminify.com/

There were around 17k lines but since I had some experience looking at these so I knew most of these were webpack generated code. So I skimmed through the code to find something interesting, mostly near where I found the NPM_TOKEN value.

There I found a private registry link, then I realized, why didn’t I think of this 😅.

I quickly replace the value of registry in the .npmrc file to this :

And now to my command of npm whoami I got a reply : srv-npm-registry-ci

Now, you might ask as to how I got to know the names of private repos. Well the repos were compiled into one js file which if the source map is available then any browser can easily decouple them in the sources tab in inspect element like this :

So from there I got some unminified source code of the private js files and in those were some other included which got me access to those and so on, I could’ve downloaded almost all of their source code.

I didn’t check whether the key had publish access or not as it would require me to publish a package on their private registry, which I thought wouldn’t be wise. Moreover it shouldn’t have publish rights as it was a CI key but you never know, people don’t generally follow the practice of least privilege.

The report was triaged in 17 hours and rewarded in another 7 days. The company handled it very professionally. I’ve asked them as to how these got leaked in the js file, still waiting on their reply.

There’s a video writeup which talks about this writeup alongwith some BURP automation to find these secret tokens too here :  https://youtu.be/9LBl-uFiYUE

I started to find something else, template injection, and ended up finding 6 other bugs out of which 3 have been duplicate. All in all it had been a wonderful learning experience regarding websockets, will soon post a writeup of that too.

Hope this was worth your time, do checkout my youtube channel : HackingSimplified , I post videos every weekend.

I got a nice suggestion from @darthvader_htb about downloading js files. You could use another of tomnomnom’s tool to do this:  https://github.com/tomnomnom/fff

I don’t suggest installing a plethora of tools and not using the built in tools. However, usage may vary.